A Look at Japan and the Question of Digital Yen

In the first half of 2022, the Bank of Japan will begin the second phase of a demonstration experiment for a Central Bank Digital Currency (CBDC), which would be a legal tender issued in the form of electronic data. BoJ is also now giving full-scale consideration to the introduction of a digital yen.

In mid-April, a senior BOJ official stressed the importance of studying the institutional aspects of CBDC through a demonstration experiment at a liaison conference of the government and the financial industry. “It is useful to consider what kind of design the system will be,” he said, “in making a decision as to whether or not to issue the currency.”

The global movement toward the issuance of CBDC, which will improve the convenience of payments, is accelerating. Moreover, there is an intensifying battle for supremacy between China, which is trying to set the international standard by staking out the lead, and the United States, which is trying to regain its position.

Japan will likely need to respond in line with the US, but it will take more time to establish an international settlement framework and address concerns about the instability of the financial system. 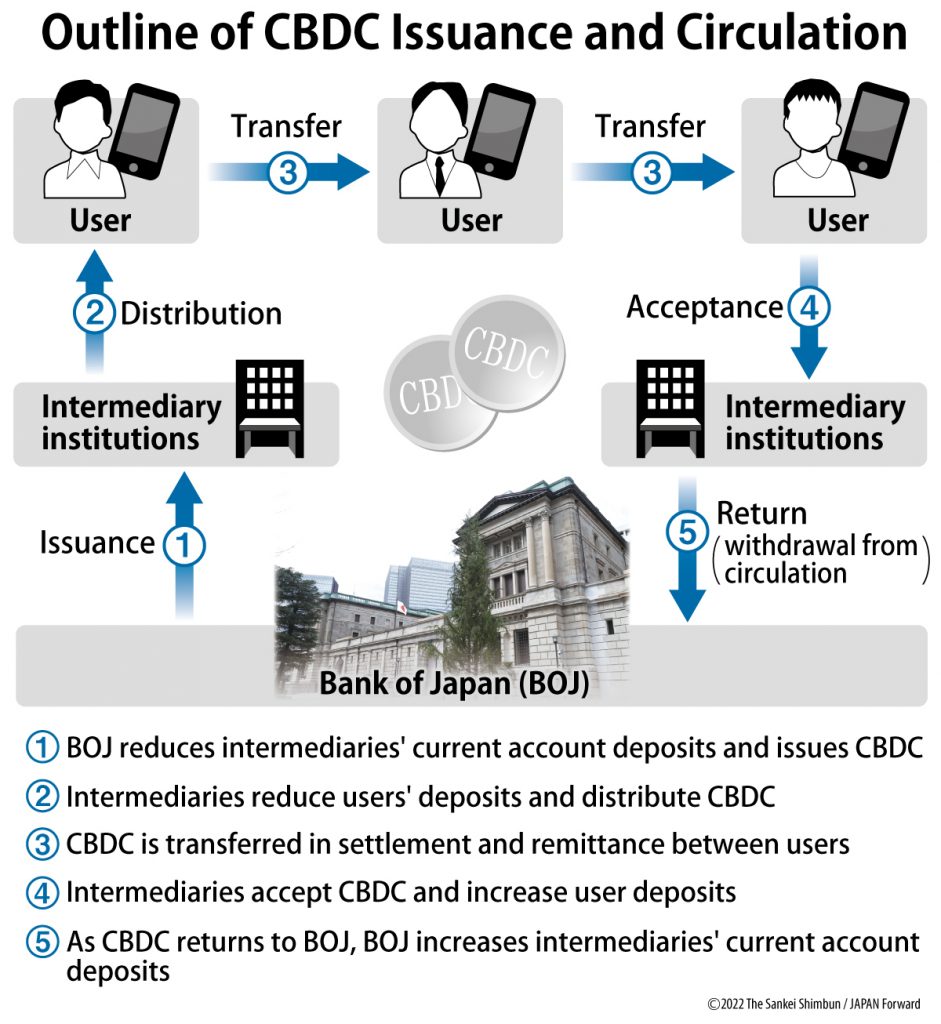 Exploring Virtual Currency in the Philippines