An astonishing 80% of central banks are engaging in work around central bank digital currencies, from research to experimentation and pilot programs. A recent Bank for International Settlements, or BIS, chart demonstrates the growing interest in CBDCs by central banks, as reflected in speeches and reports as well as people’s Google search interests over time. 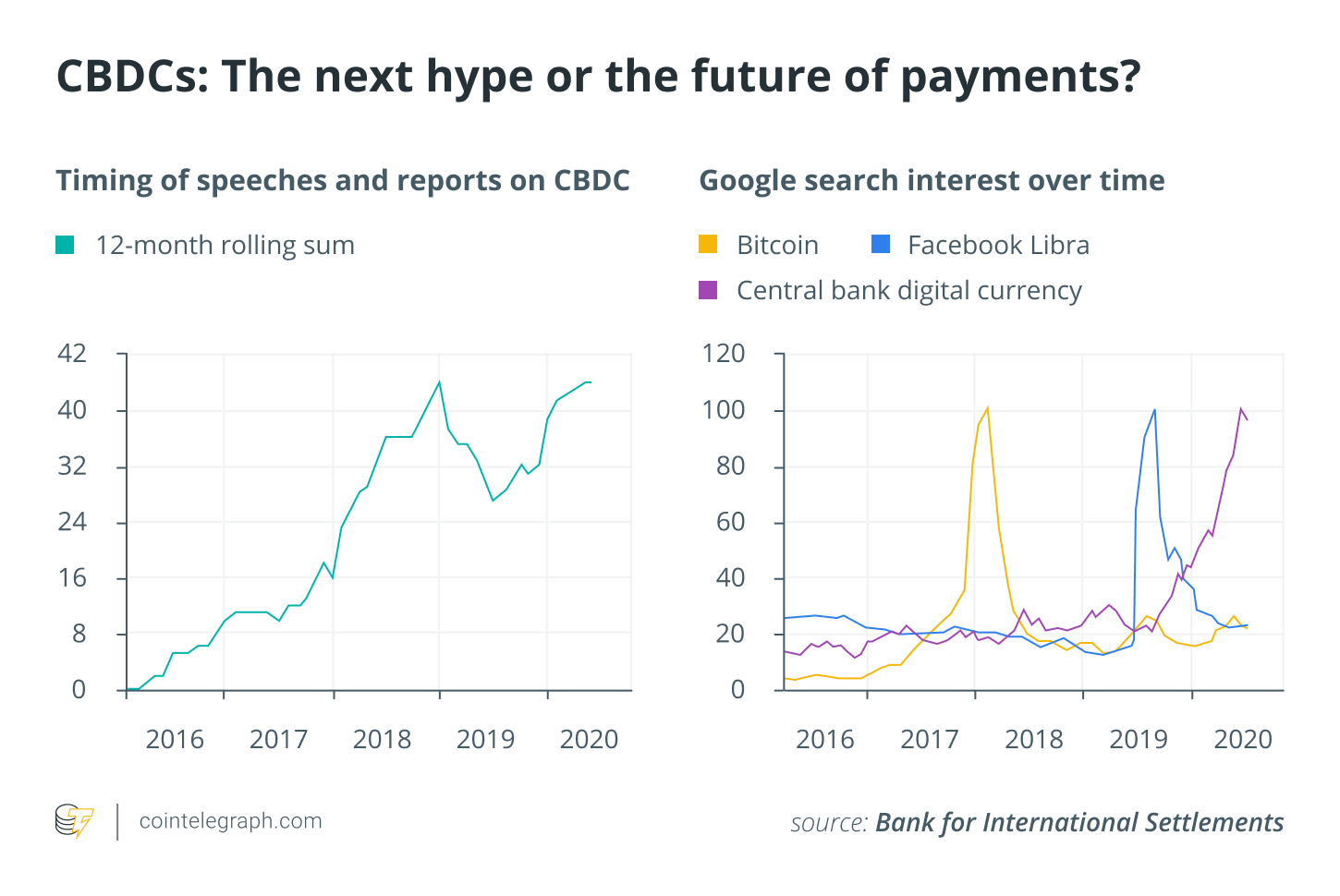 One country, in particular, to watch in this respect is China, which is emerging as one of the leaders in the shift to CBDCs. The People’s Bank of China introduced its CBDC in pilot form in the major city of Shenzhen and plans to use it in the area of the 2022 Winter Olympics in Beijing. China has been working on a digital currency since at least 2014, and press reports suggest it could be in operation by 2022.